On October 15th, we drove to McCormicks Creek State Park to have lunch and walk for an hour in rapidly turning fall foliage. All pictures can be clicked to load very high resolution image. Camera was the Pentax K5, with Sigma DG 28-300mm 1:3.5-6.3 lens 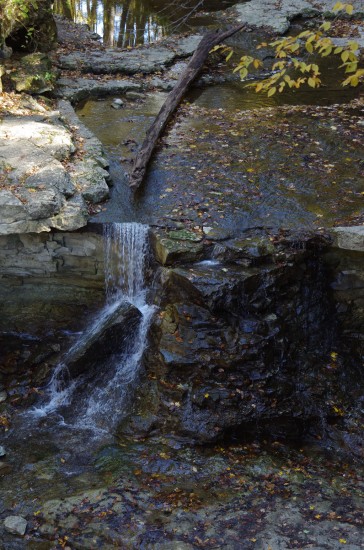 The waterfall in the canyon, the most visited point in the park, was a bare trickle. We have not had enough rain for two months, and it has been a couple of weeks since the last rain. Note the large rectangular boulder, where a piece of the more resistant upper shelf has finally given way and collapsed.

On the 22nd, we drove east to Brown Country State Park, near the small town of Nashville, Indiana. 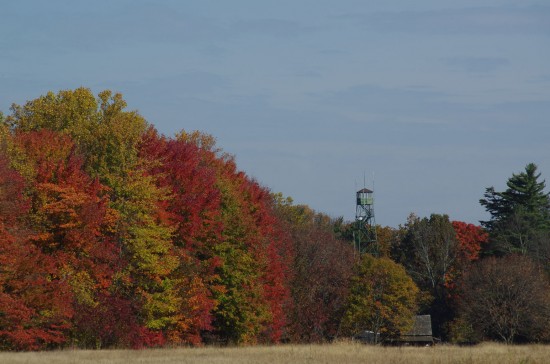 The trees were heading for peak color, and many were already there, as the first shot of the fire tower by the ranger station, taken looking east across the wildflower meadow they are trying to establish shows.

The rest of the pictures below were shot at Strahl Lake, in the southeast part of the park. My goal was to try and get some more good shots of reflections of the autumn color in the water. There is a small inlet in the western edge of the lake, that is narrow enough, and the sun is behind you, and the conditions were good for getting some interesting images. 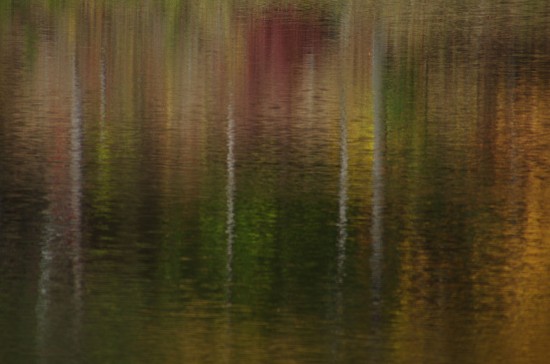 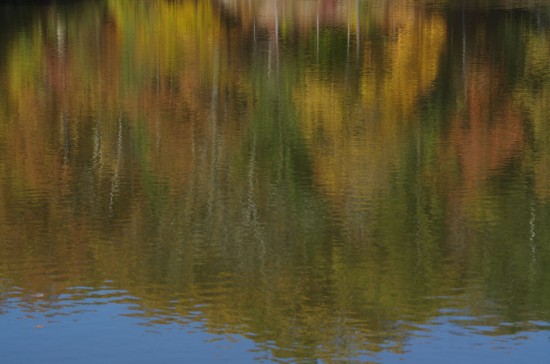 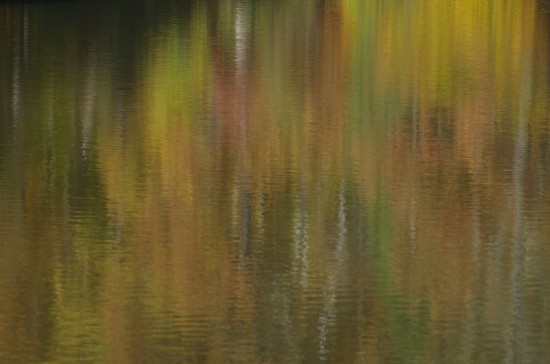 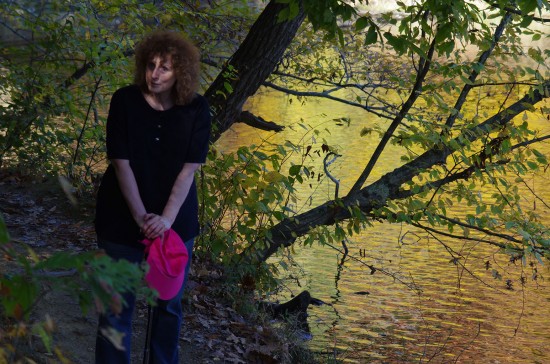 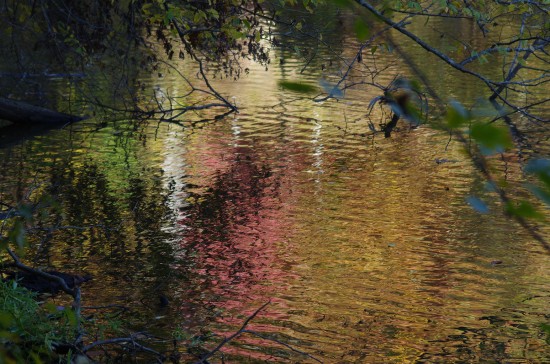 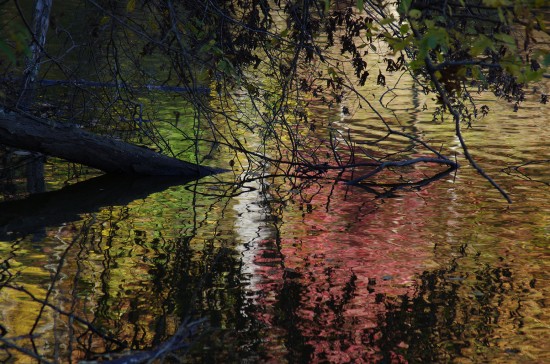 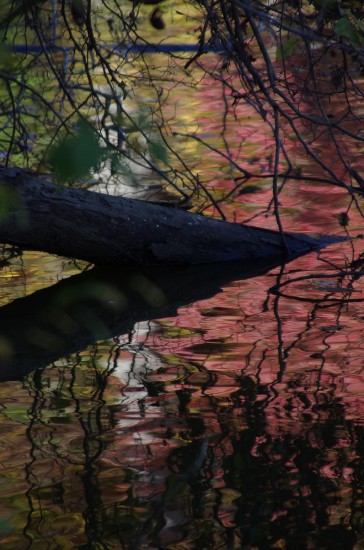 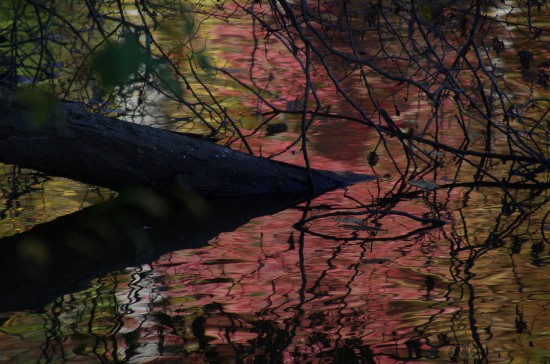 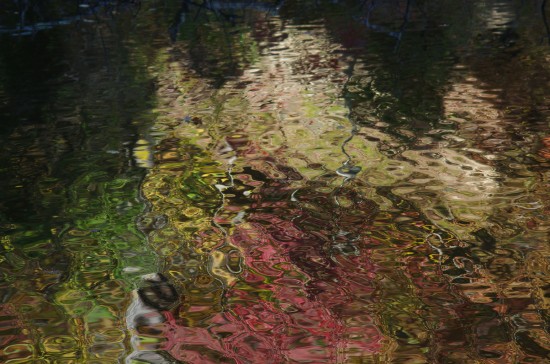 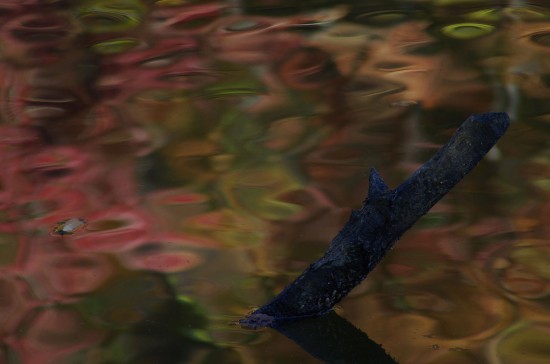 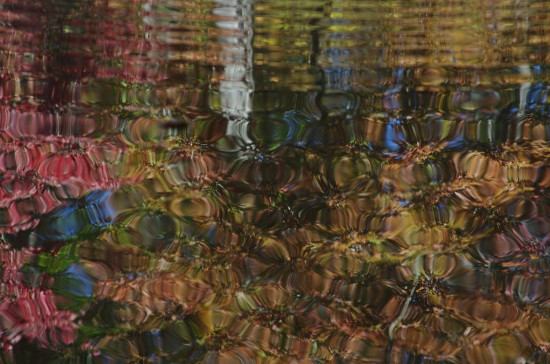 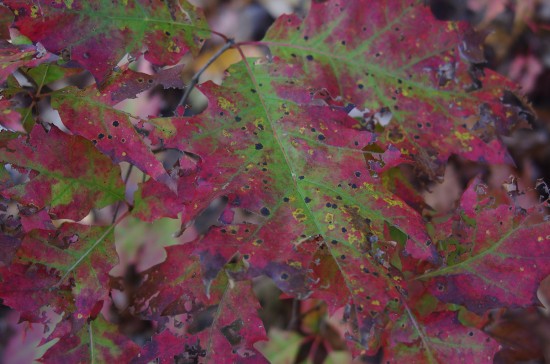 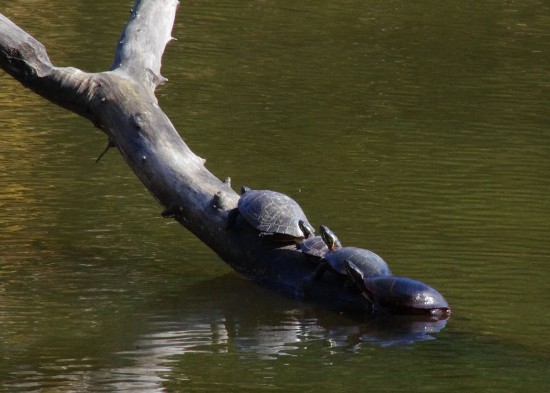 Turtles sunning themselves in the warmth of the sun. The temperature actually got up into the low 80’s while we are at the park. There were four tree branches jutting out of the water just off shore, this one hosting four turtles, the other branches with one or two turtles, all enjoying the warmth of the autumn sun. 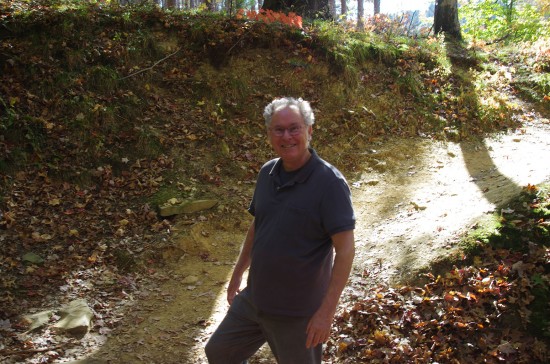 And a picture of Ron. 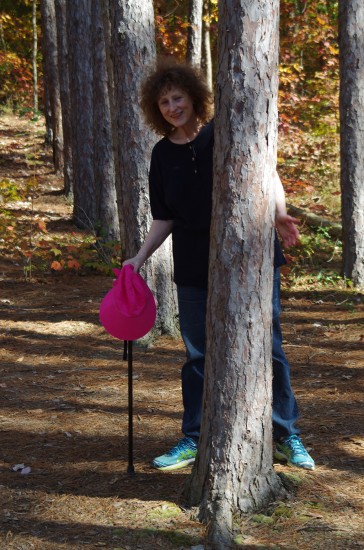 And a picture of Carol, in the pine grove near the end of the trail as we circled back around the east side, headed to lunch at the restaurant in the park inn.