Sunday October 20th we left the house early and drove over to Nashville, Indiana, and had breakfast at The Artists Colony Inn Restaurant. It is right in the middle of the very small town of Nashville, which exists primarily to serve (that is sell stuff to) tourists visiting Brown County State Park the largest state park in Indiana, and perhaps most popular in the fall when the leaves turn during October.

After breakfast, we drove up to the West Entrance of the park, and took the road that crosses the main ridge by the main office and nature center, and then goes down into a valley to the south where there is a horseman’s camp, and a small artificial lake, Strahl Lake. We walked around the trail that circles the lake, taking our time to enjoy what was a beautiful, clear and bright fall day, and to take pictures along the way.

A sampling of them is below. First a few of us, for family to admire how gracefully we are aging.

Then there is a section with about a half dozen shot of the reflection of the trees in the water, which was rippling in the little cove to the west corner of the lake, producing images that reminded me of impressionist paintings.

As always, click the image to enbiggen and see a higher resolution version. 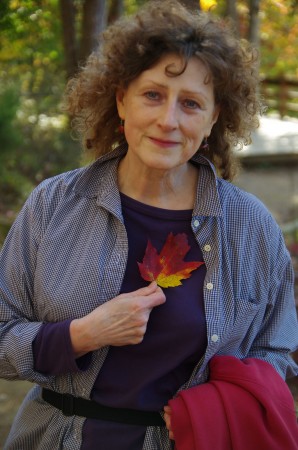 Carol with a beautiful maple leaf. 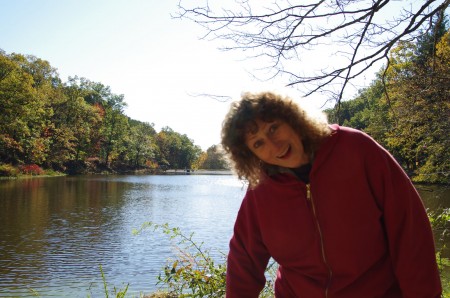 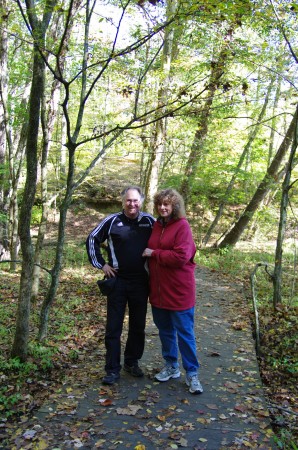 A nice couple passing us along the trail took a picture so we would have one of the two of us together. This on a wooden walkway over the main creek area that drains down from the hillside to the north into the lake.

The next six pictures are all taken of the reflection of the trees and sky in the water. The effect was absolutely beautiful, I shot a lot of pictures along this part of the walk, this is just a selection of some of the better ones.

Be sure to click to enlarge to get the full effect, some of them are quite startling in their effect. 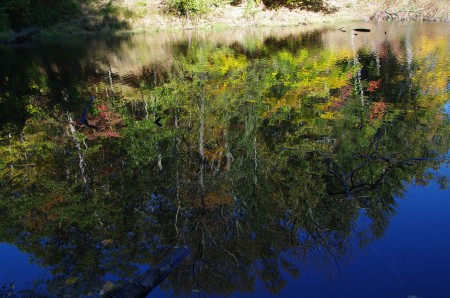 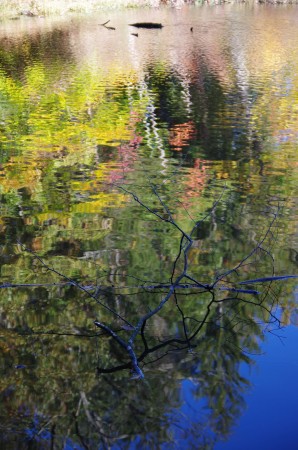 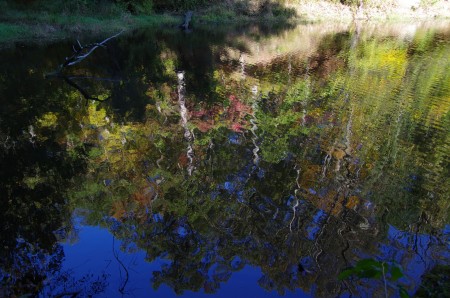 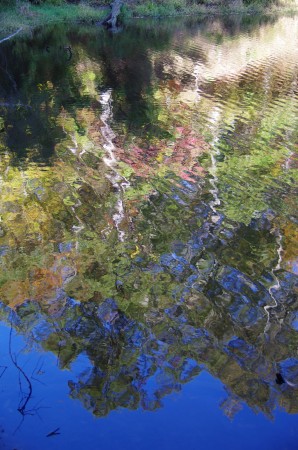 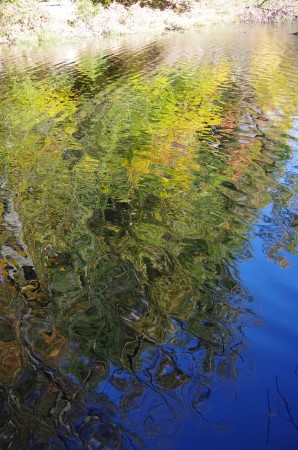 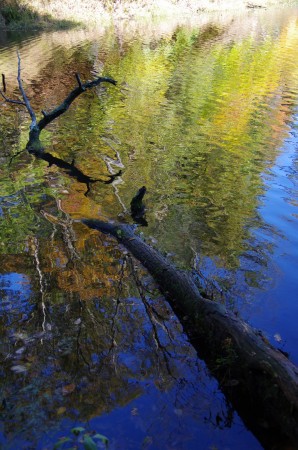 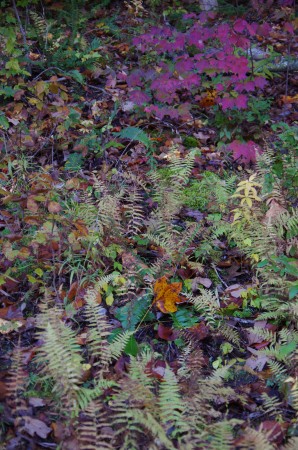 The ferns turning brown clustered near what is probably a sumac turning an early red pretty much captures the feel of early autumn. 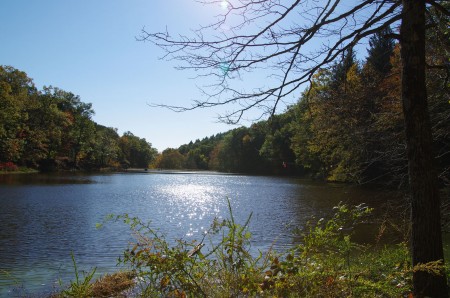 Shooting into the sun is always a challenge, but this on captures the feel of looking from north to south across the lake. 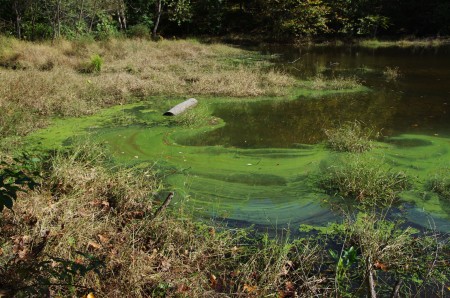 Lots of algae at north end of the lake, makes one wonder if drainage into the lake is producing a problem. I did a little search with Google, and found an advisory from Indiana Department of Natural Resources.

Algae are commonly found in Indiana lakes and streams without concern, however the concentrated presence of blue-green algae can be linked to some adverse health effects. Factors promoting algal growth include sunlight, warm weather, low turbulence, and nutrient sources, such as phosphorus and nitrogen. Phosphorous is particularly important in fueling cyanobacteria growth. Often nutrient inputs come from nonpoint source pollution, but fortunately, there are many ways to reduce or stop nonpoint source pollution, many of which are simple things we can do right in our own backyards. 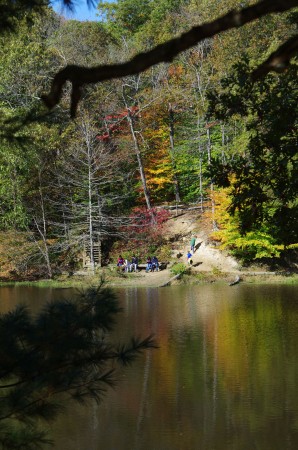 And finally, a nicely framed shot across the northern corner of the lake with a family group enjoying their hike around the lake.