Indianapolis 500 Carb Day 2010 was May 28. Dell Computers sponsored a a vendor day featuring Microsoft, Intel, and a number of other computer tech companies on the fourth and fifth floors of the famous Pagoda building. The Pagoda sits squarely on the start/finish line for the race, with special seating behind glass looking down on the track. 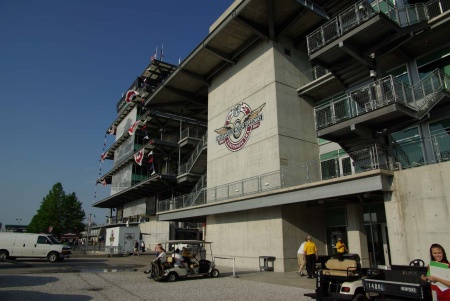 This first shot is from the east side of the Pagoda, track is on the other side. The pedestrian and vehicle tunnel under the track to west side of the track stands is between the two buildings seen here, the Pagoda is to the left. 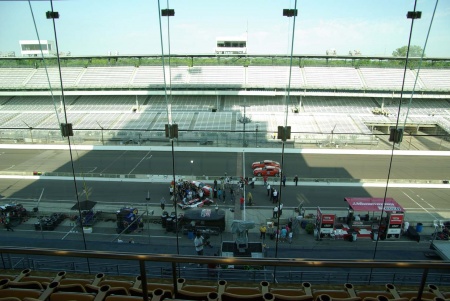 The fifth floor has an enclosed VIP viewing area, with sharply angled seating, looking out squarely on the finish line. 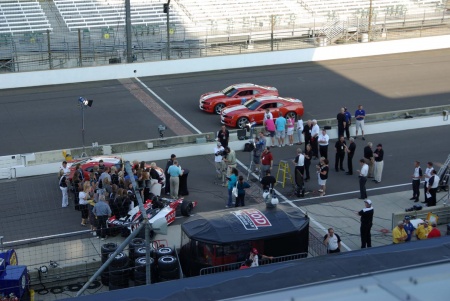 Between 8:00 and 9:00 in the morning, three of the Chevy Camaro official pace cars were on display, with national television doing interviews and color in preparation for the race. 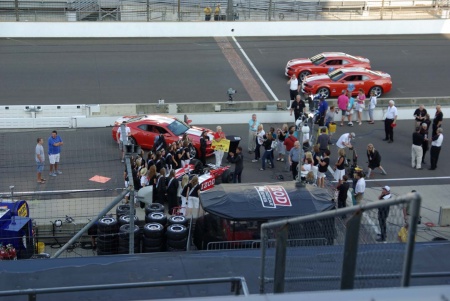 The competitors for the Indy Beauty Queen were apparently present for a photo op with the pace cars. 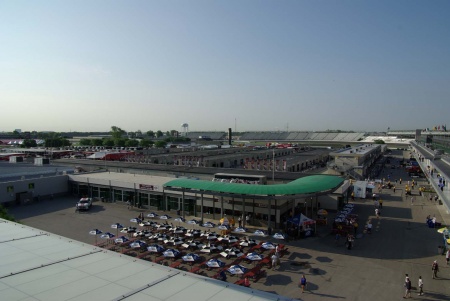 From the external balcony off the south side of the fourth floor of the Pagoda you can see the garage area and “Gasoline Alley” to the south and southwest. 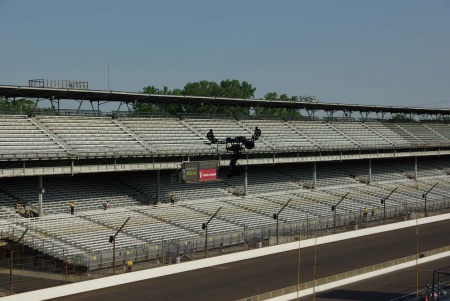 This is the tracking camera, which runs up and down along the track on cables that stretch from the building north of the Pagoda to an attachment point across the track on the stands several hundred yards to the south. The camera can speed along tracking the oncoming traffic from the north, then swiveling as it tracks to watch the cars as the reach the left turn to the south of the straightaway past the lap tower. 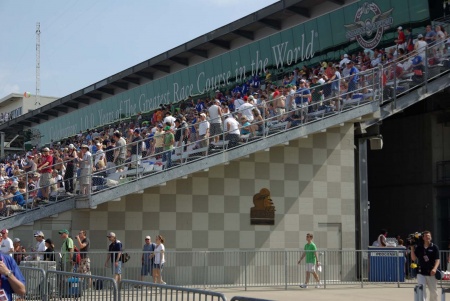 This photo, taken from down in the pit area looking back at the stands near the Pagoda, gives a good shot of the anniversary celebration slogan and logo. 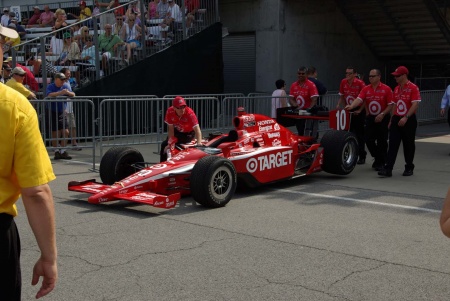 This is one of the cars being brought out of Gasoline Alley, to the right, into the pit area, between 10:00 and 11:00 am as cars started getting ready for the final hour of practice for final tuning, which happens between 11:00 and 12:00. This is last chance for the cars to be tested and run before the race two days later. 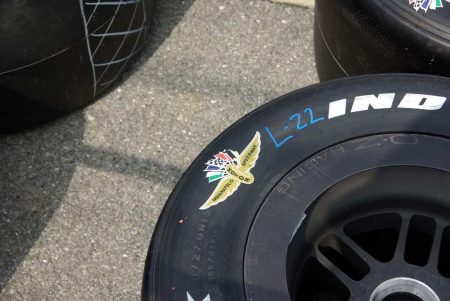 Closeup of the the official logo stamped on all the tires stacked up in the various team areas all along pit row. 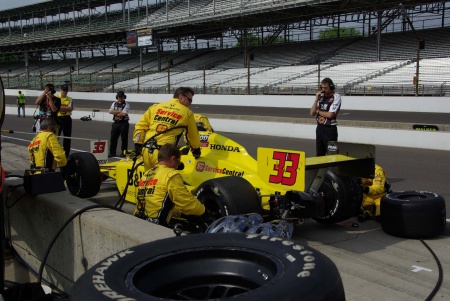 Just before 11:00, while walking up and down the track, we were able to watch the teams as the did final practice changing tires as part of the final practice run lead-up. 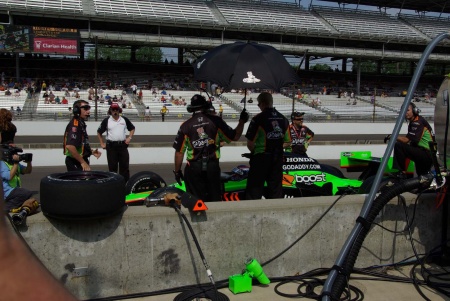 This is Danica Patrick’s Godaddy car, with her in it getting ready for her practice runs. She finished 5th this year. 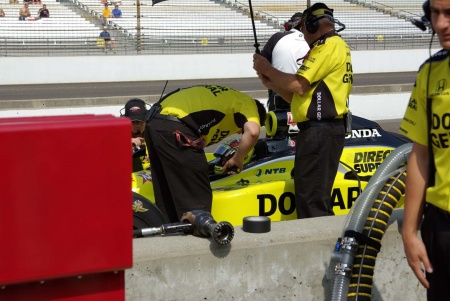 This is the Dollar General car, driven by Sarah Fisher. 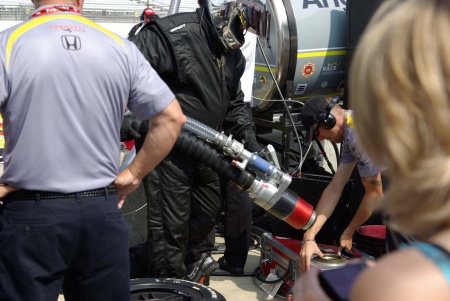 Practicing fueling setup, with high pressure hoses that apparently run through a set of filtering boxes and then out to the car. 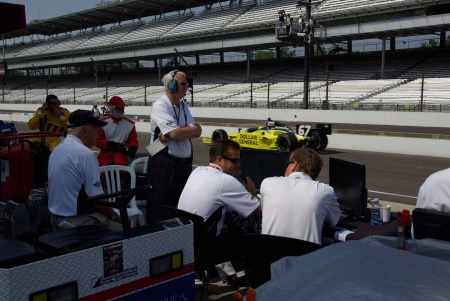 The announcers doing the color commentary over the loudspeakers for the fans in the stands were positioned right down in the middle of pit row. 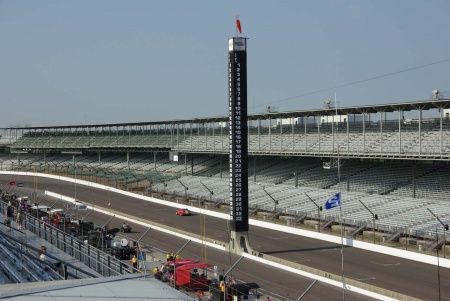 Just before the final hour of practice, one of the Camaro pace cars came out and did several test runs around the track. 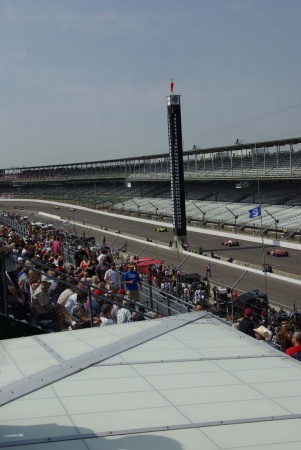 Finally, at 11:00, the cars started making high speed test runs for the next hour.