It has been a snowy winter, with Indiana getting as much as 12″ above average snowfall by the end of January in some areas of central Indiana. 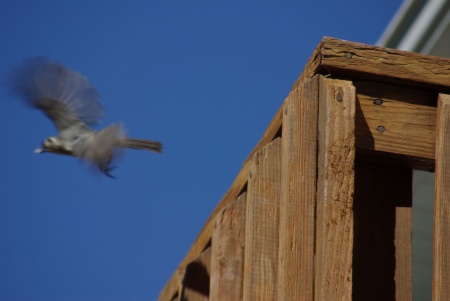 This past year, we fed the birds daily on the upper deck. You can sit still long enough on the lower deck, and they will return and feed while you watch. 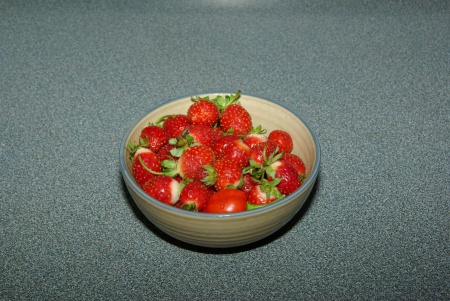 We planted a bed of day neutral strawberries last spring, and kept the runners and flower buds trimmed back until late July. Then we let them start producing. The deer discovered them, and we had to set up a second water scarecrow to keep them away. We got a pretty nice supply of strawberries up until late Fall. Note there is one non-strawberry item in the bowl, a red habanero pepper, that got in there by accident, and was not noticed when I set up the picture. 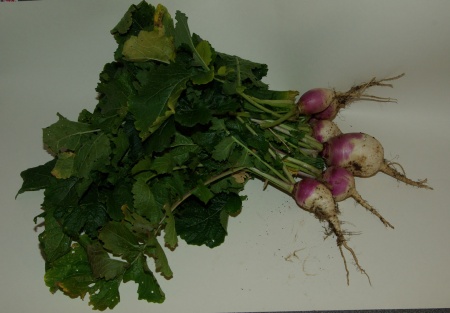 The heat, the dry weather, and finally the squash borers pretty much decimated the vegetable garden by late July this past year. We had gotten a lot of produce up to that point, but the heat and dryness won. So in early August, I tilled up and plowed some more compost and peat into the garden that was not still producing, and planted a variety of greens. By watering them I managed to get them going, and into November we were harvesting and eating fresh collards, kale, turnip greens, and lettuces. The bunch of turnips above is an example, we got some of the best turnips we have ever grown in this late planting. 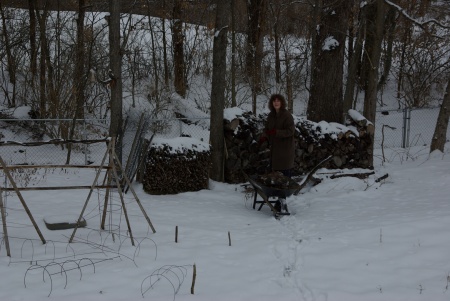 It started snowing off and on in November, then snowed in waves through December. I think we had snow on the ground most of that month, and for a lot of January, too. The picture above was taken on Christmas Day, when we decided it would be nice to have a fire in the fireplace. 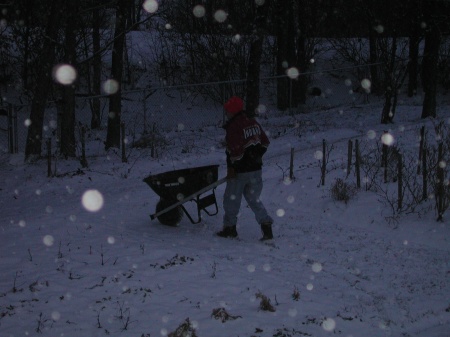 We all took turns fetching wood from the wood pile to store under the deck, so it would be easily available for building fires. 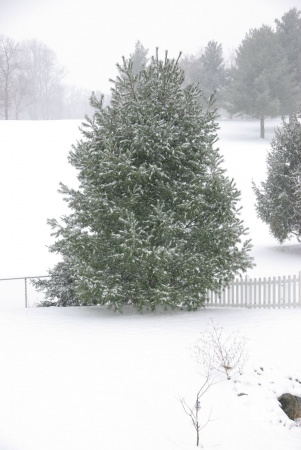 We planted this white pine in the back yard about 15 years ago. It was barely three feet tall at the time. This shot manages to capture the spirit of the snowy day it was taken, and gives some new meaning to the term “white pine”. 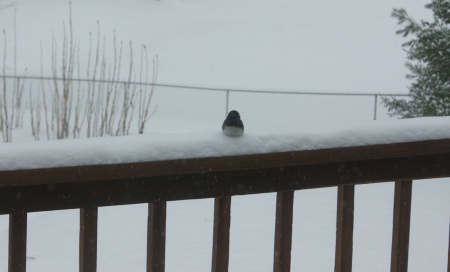 Appropriate to the snowy winter we have had, a lorn and lonely snowbird, a Junco, sits on the rail of the lower deck waiting for the grub to be distributed for the day. 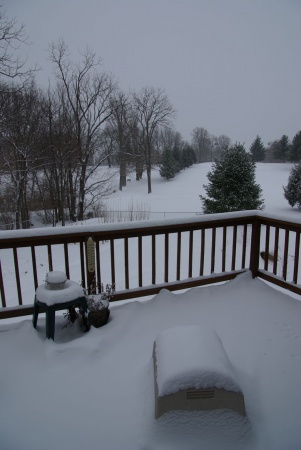 The lower deck has looked like this again and again this winter. It has helped to keep it swept clean as quickly as possible, sometimes more than once during a storm, to keep the snow from accumulating and icing up too badly, and making the deck unusable. Although the weather has kept the cats pretty much snowbound in the house, they like to be able to spend time sitting on the deck observing off and on through the day, as well. 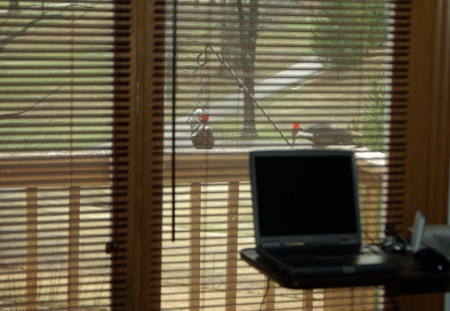 We have had Pileated Woodpeckers in the area for years, and it is always a thrill seeing them at a distance in the trees, or flying by the house. For bonus points, we looked out after putting fresh seed and seedcakes out for the birds on New Year’s Day, and there was a pair of Pileateds on the railing. 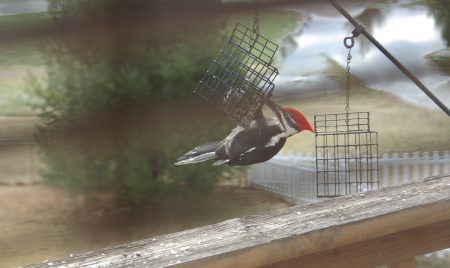 I managed to get a few shots of one hanging off the feeder. They are very sensitive to motion and noise, and if they sense you are behind the glass of the door, they are gone in a flash. 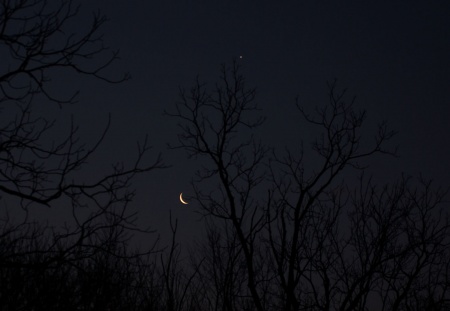 The morning sky was pretty dramatic both on January 29th and again on the 30th, with crescent late moon and Venus. I managed to get this shot on the 30th, using an F2.8 telephoto lens.