The water scarecrows appear to be succeeding in their mission assignment, to keep the deer away from the tomato plants they did not destroy earlier, so they have a chance to recover and produce some tomatoes. 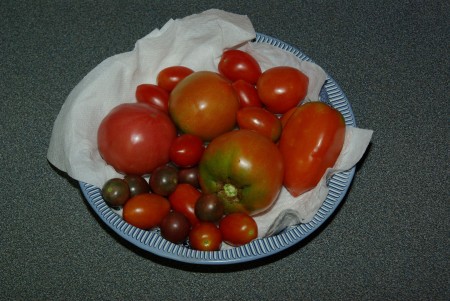 A variety of tomatoes, including a dark purple heirloom grape and a large Amish Paste Roma variety. Although we appear to be keeping the deer at bay for the moment, the birds apparently have discovered they can light on a tomato as it is ripening, and peck the heck out of the top and upper side, thus ruining it for us. I toss them on the ground for the turtle, and try not to begrudge the birds their discovery. 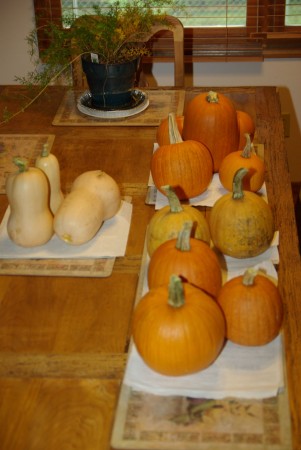 We managed to keep the squash borers at bay a little longer than last year, and actually got a small crop of viable sugar pumpkins. As many had to be thrown away because the insects and various blister beetles that love to live on the moist underside of the pumpkin where it lies on the ground, or around the top stem area, had managed to bore into the skin so badly the pumpkins were ruined and could not be used or kept. We got a handful of nice butternut squash, too, including one huge one seen in the photo. 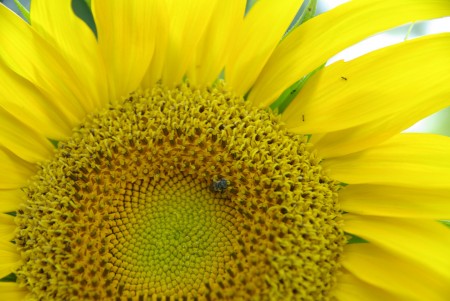 The volunteer sunflowers that popped up in four different spots were a constant source of beauty and photo opportunities for weeks as they matured and blossomed. They are fading now, their huge heads dropping, while the goldfinches come back again and again to rip the mature seeds out of the heads. 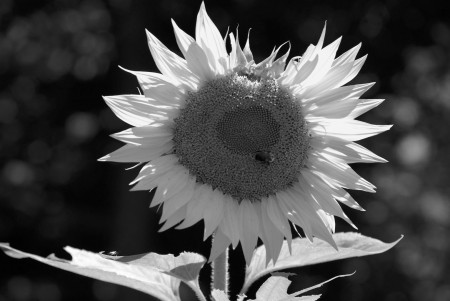 Aside from the stunning color images, it was interesting to play around with Photoshop and come up with some really nice black and white images, like this one.