By the end of Christmas day, the National Weather Service had issued a blizzard warning for southern and central Indiana. The snow started just after 4:00 am in Bloomington. By 8:00 the accumulation on the deck was at least 4 – 5 inches. Note that in the picture of the deck below the first 2 – 3 inches had been shoveled off around 7:00, and the deck was completely covered again an hour later when this photo was taken.

The forecast is for snow to continue even heavier through the morning, finally tapering off in late afternoon. 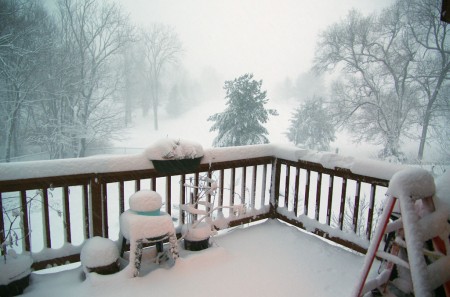 This was the deck at 8:15 in the morning on the 26th, three and half hours into the storm. 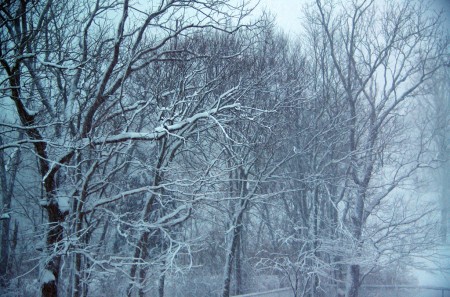 The camera without adjusting white balance sees the explosion of blue light from the snow, which our brain balances out. This and the next photo are not even as dark as the camera saw them originally, but I left a strong blue hue in because it was so beautiful. 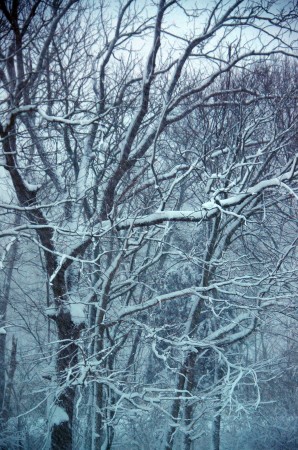 Following pictures are from December 26th through the day, added to this post December 27th. 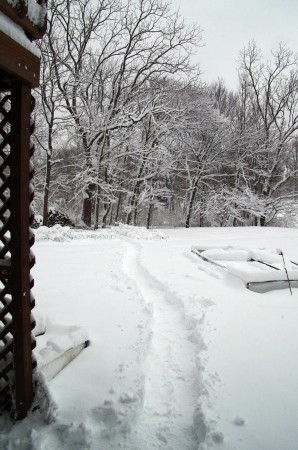 Path to the woodpile we tromped to gather bring firewood to the house. Naturally we did not think of it the day before when we could have used the wheelbarrow. The snow measure 10″ deep in the flat middle of the back yard, away from the house. 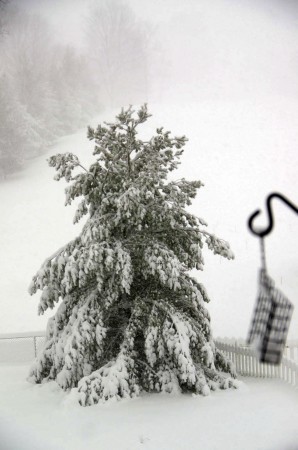 White Pine at back of the yard, drooping under the weight of the wet, heavy snow.

Rose of Sharon showing how the heavy, wet snow clung to everything. 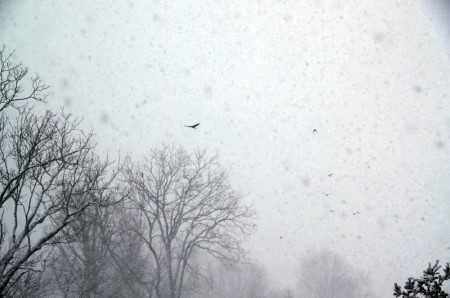 Crows on the wing during the storm. 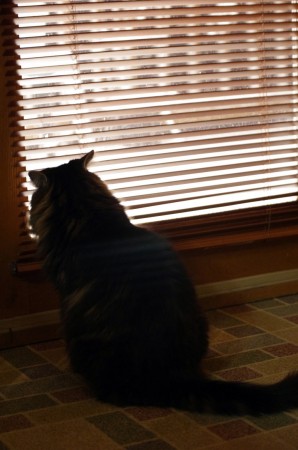 15 year old Buckey, the Maine Coon Cat, does not approve of snow storm.